Ashley first got involved with Heavenly Creatures way back in 2006.

She was heavily involved in the foster program; she may hold the record for most fostered animals!

She was also extremely involved in the intake of homeless animals (she went on many pound visits and road trips to rescue animals in need).

Since starting a family, Ashley now plays a more behind-the-scenes role as a board member for the past 7 years.

Ashley shares her home with two Newfoundland dogs (Harry and Cabot), and a kitty adopted from Heavenly Creatures (Spooky), three children and a husband who has the patience of a saint! 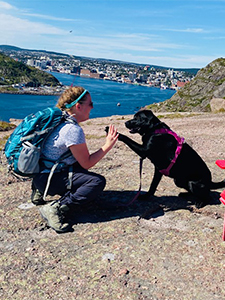 Alyson, who is from Paradise, first became involved with Heavenly Creatures in 2018.

As of 2020, she has begun helping to care for HC’s kitties. In the fall of 2020, she also fostered, then later adopted, a cuddly Corgi mix named Syd who came into HC’s care .

In 2020, Alyson started her own pet sitting and dog walking service called It’s A Ruff Life and in summer 2021 will begin the process of expanding her pet services by beginning the local Animal Grooming Program.

In addition to Syd, Alyson also has a looney lab named Raven and a senior cat named Marcy! 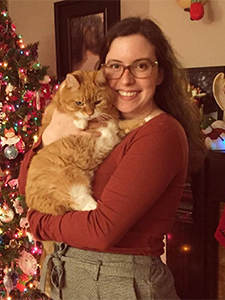 Emily has been involved with Heavenly Creatures since 2018. She helps to care for HC’s cats, accepts donations, has completed adoptions and helps out at our Christmas Pet Food & Donation Drive annually. She says that the highlight of her week is her volunteer shift!

Emily is from St. John’s and has a degree in Biology. She is planning on going back to school soon, but for now she’s working as a pharmacy assistant.

Emily has a sweet senior cat named Kiki and is best friends with Boo, one of HC’s office cats. 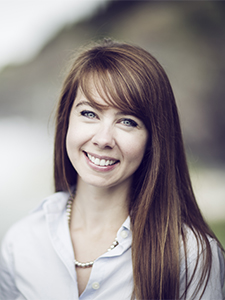 Ashley became a volunteer with Heavenly Creatures in 2010. Since then, she has been involved in just about every volunteer role, from handling adoption phone calls to fundraising. She has also done many a school visit for HC.

Ashley is a Project Management Professional (PMP) and works with the Multi-Materials Stewardship Board as a Senior Policy Advisor. She hails from Tors Cove on the southern shore and loves hiking, kayaking, animals and sunshine and has a slight obsession with hanging out laundry.

Ashley says she is so proud to be part of an organization that has saved the lives of thousands of homeless animals in Newfoundland and Labrador.

While she’s a sucker for all creatures, ducks and cats top the leaderboard. And though she doesn’t own a duck, she does have a pair of cat siblings named Meeko and Mila who were born under a trailer in Tors Cove and now enjoy the high life. 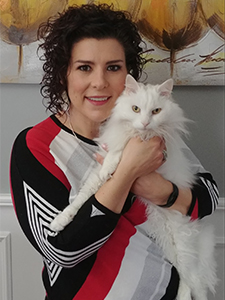 Marilyn, a St. John’s native who now lives in Mount Pearl, describes herself as an “animal lover, rescuer, speaker for the voiceless and adoptive mom to two Heavenly Creatures’ alumni, Boo and Sasha.

Marilyn began volunteering with Heavenly Creatures in 2016. She fosters cats, helps look after our office cats, writes thank you cards to donors, does adoption screenings, checks on foster animals, does TNR when needed, helps out at events and does intake of animals (like Ashley Chaulk, she has made many visits to the pound on HC’s behalf!).

Marilyn says she is very proud to be part of such an “amazing organization.” She further says that animal rescue is both challenging and rewarding, but she is so grateful to have been given the opportunity to help change the lives of animals that need help.

Pictured here with Marilyn is Boo who she and her fiancée adopted in 2013. Boo is currently 15yrs young.

Kilbride residents Donna and Dennis Murphy have been volunteering with Heavenly Creatures since 2016.

Dennis worked for the city of St. John’s for thirty-five years and retired around the same time that they started volunteering. Donna is still working; she has been self employed for twenty-three years.

You name it, this dynamic husband and wife duo helps us do it! They assist with looking after our office cats, they co-run our Pet Food Bank for low-income families with Kevin Nash and Rhonda Sheppard, they volunteer at our events, they deliver HC animals to foster and homes and accompany them to vet appointments, and Donna helps Rhonda and Ashley Burke prepare for our online auctions.

Thier first pet as a couple was a puppy named Lucky in 1989. She lived to be fourteen years old. They’ve since had seven cats and all have been rescued seniors.

They presently share their home with three cats and the last two cats, Rory and Finnegan, were adopted from Heavenly Creatures. Their eldest cat is Reagan, who was thirteen years when they adopted him – he will be nineteen in December! 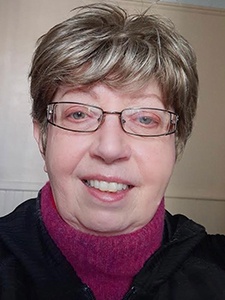 Elaine, who is originally from the west coat of the province, is one of the co-founders of of Heavenly Creatures.

“As a lifelong animal owner, I know firsthand of the benefits of owning a pet. From housecats to horses, pets have been instrumental in every part of my life journey.

From an early age, I read books on animal rescue and rehabilitation.

Even during my college years, cats kept me company. They showed compassion when I stayed up late studying, as the normal routine took a sideways path.”

Elaine is passionate about fundraising and about all the good that is accomplished through Heavenly Creatures’ foster pet program.
Elaine has recently retired and lives in St. John’s with her senior cat, Buster.